Last month, we shared the story of Palm Valley Church in Goodyear, Arizona announcing their partnership with with Cote d’Ivoire to transform it into a Purpose Driven nation. Under the leadership of Palm Valley Senior Pastor Ryan Nunez, and Mission’s Pastor, Rusty Hood, their church has committed to serving as an International Partnering Church (IPC), to train local church leaders in transforming communities and mobilizing healthy churches. 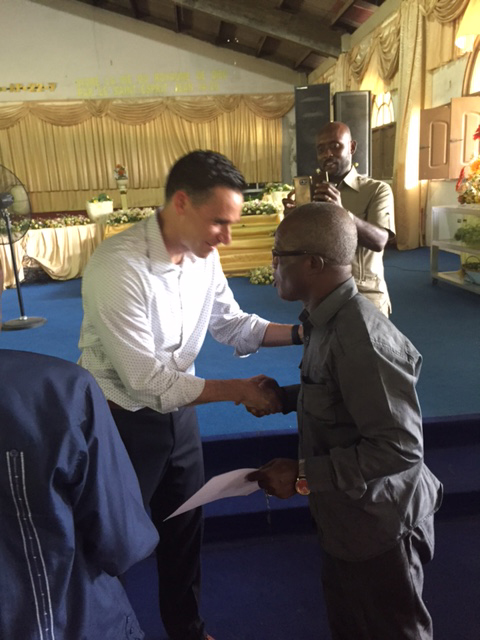 Since their first meeting, the Palm Valley team has made six more trips to the Ivory Coast where they’ve experienced incredible unity from all the Evangelical federations and major denominations. In this short time, they’ve already led the first 50 pastors through the eight-module Purpose Driven Essentials training, and have successfully formed a national steering team.

During their most recent trip on April 26–May 8, they held a graduation ceremony for the 50 pastors and celebrated the official national launch of Purpose Driven and PEACE in Côte d’Ivoire. National church leaders were present for the graduation and the launch. The very next day they kicked off a four-day PD Essentials Conference which was attended by over 300 pastors, bishops, and denominational presidents.

“After the conference for pastors, we did a one-day training session for church leaders,” says Pastor Ryan Nunez. “Our team members offered breakout session based on the ministry where they serve or lead.” 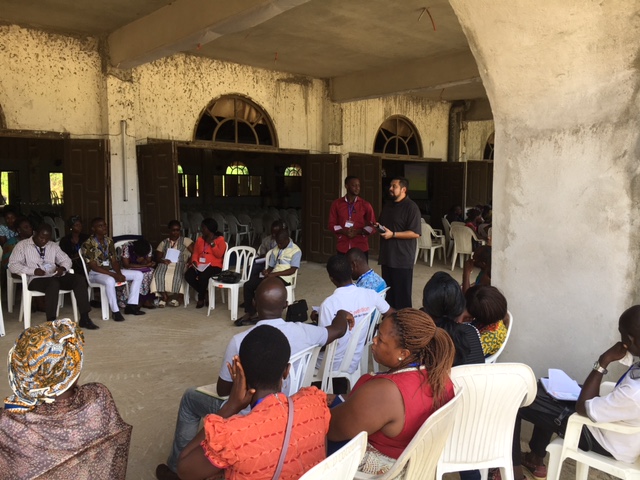 “PD is already being implemented by the first 50 pastors,” explains Pastor Ryan. “They were eager to implement what they had learned and were excited to work together.”

To build on this momentum, steering teams have committed to study 40 days of Purpose in their home churches. Helping launch the 40-day campaign was Pastor Ryan who preached at the steering team church and guided them into the powerful new series.

In addition to launching the campaign, the steering team also selected their first PEACE initiative, “Assisting the Poor.” Their plan is to develop a church-based farming initiative by the end of the year by working together with pilot churches.

Despite the tremendous strides, Pastor Ryan says training within a highly relational culture has been their biggest obstacle. From their initial visit to Côte d’Ivoire, they knew their original plan to train leaders with videos over the course of three trips was unrealistic. Now after six trips to the country, they feel the investment in equipping the first 50 pastors was critical to the movement’s success.

“Our goal is that a nation-wide project would launch in two years,” says Ryan. “We believe that there will be enough healthy Purpose Driven Churches at that point to sustain the effort.”

To learn more about planting Purpose Driven Churches around the world, visit pdchurch.flywheelstaging.com/start.