September marked completion of the first leg of the PDC Tour —a road trip across the country to host meet-ups and to talk about ministry with church leaders. Behind the wheel were Mingo Palacious, PD Pastor of Evangelism and Culture, and Jesse Stedman, PD/PEACE Global Events Coordinator. Kicking off in early August, their journey took them to 20 churches and across 10 states, in an RV branded with the Purpose Driven Church. 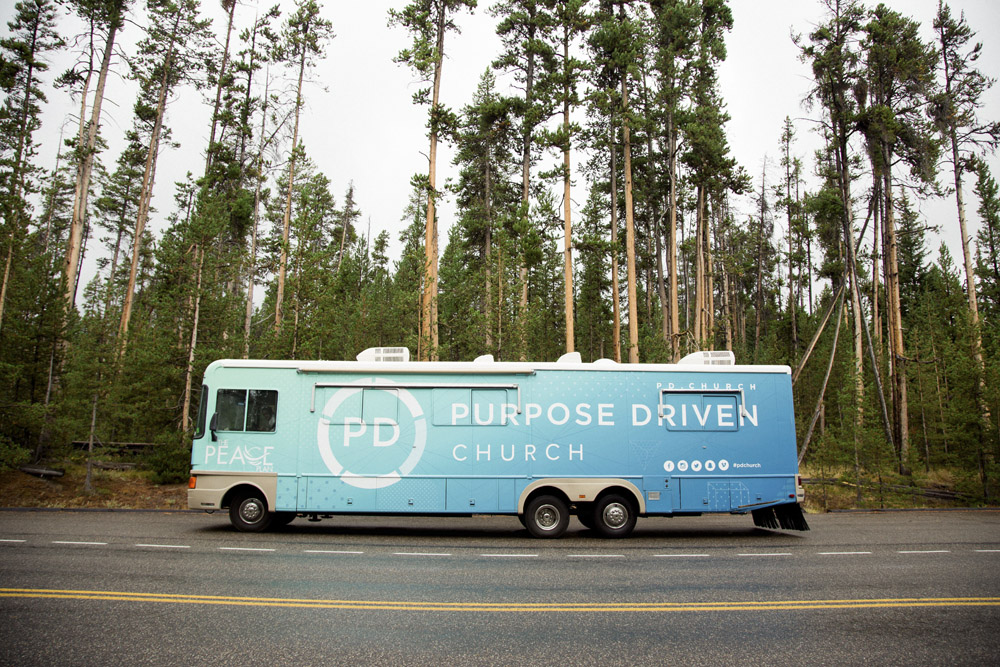 It was a time of sharing stories, building relationships, learning from pastors, and hearing the needs of the church. On the long stretches, the PD duo faced all sorts of challenges, including loss of electricity, navigating dump stations, and piloting the enormous RV through narrow streets and tight turns. Yet through the adventure came an unparalleled bond formed with pastors.

“When you sit down with a pastor and talk church, you build some remarkable relationships,” explains Jesse. “We were constantly learning from other pastors, realizing that church is done differently from city to city. If there’s one thing we walked away with, it’s that pastors always need to be in a posture of learning from one another.” 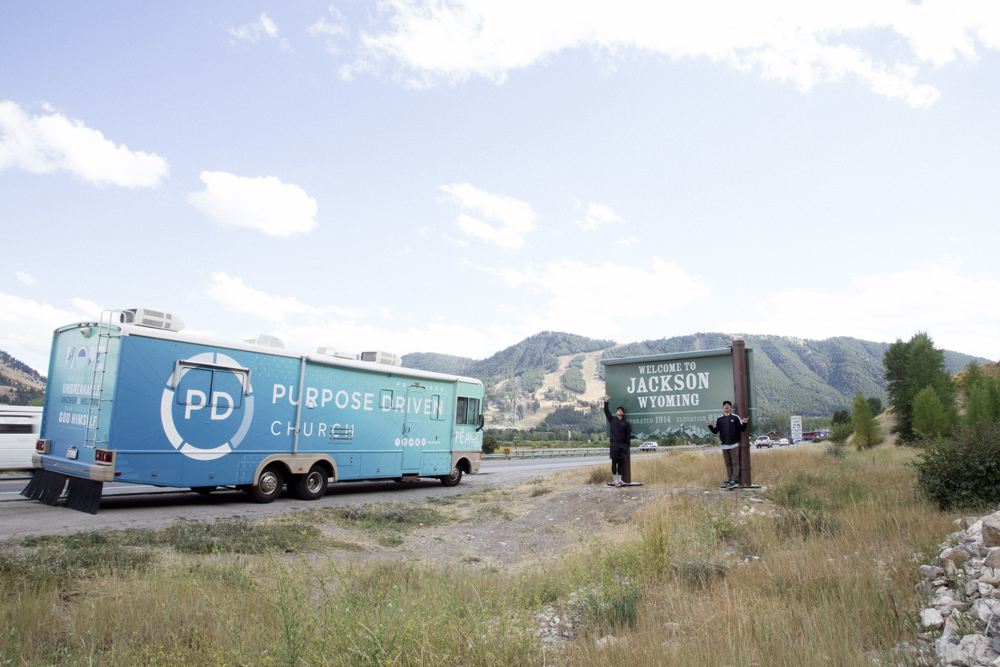 From the congested highways of LA to the desert roads of Utah, the PDC camper served as a driving billboard, helping to bring awareness to the Purpose Driven brand. The team left a copy of The Purpose Driven Church in the hands of every pastor, and asked for feedback after they’ve read the book.

During late night conversations and morning coffee with pastors, Mingo and Jesse found that the next generation of leaders wants to be heard, and longs for someone to listen to their needs. They also found the discussion of “pastoral transition” to be a common topic for many leaders, wanting to learn how to move from one generation of ministers to another. 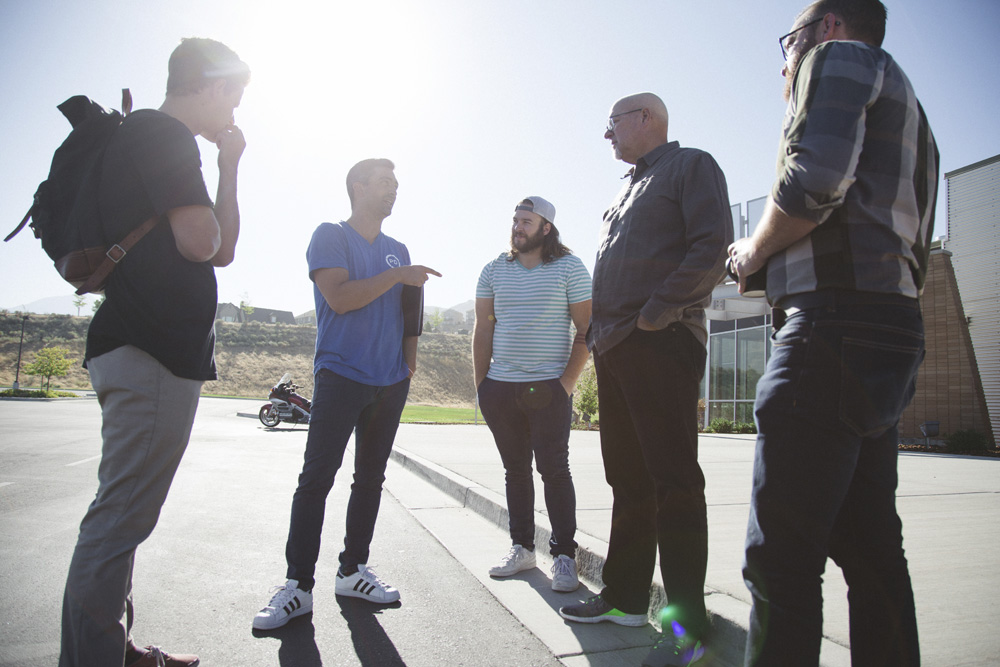 Among the pastors they met, they witnessed one senior pastor take sermon notes while his replacement preached to the congregation. Leading by example, the senior pastor demonstrated that he was willing to follow the teachings of the next generation—a true act of humility and grace.

“From one church to the next, we took in the experiences of other leaders,” says Jesse, “—building a network and realizing the true meaning of ‘iron sharpens iron.’”

On September 8, Mingo dropped Jesse off in Utah, who then returned to Saddleback Church to prepare for the PD Essentials Conference, October 11-14. From there, Mingo continued the next 457 mile stretch alone, driving from Salt Lake to the Colorado state line.

“It was exciting to be in Loveland and Denver for a few days and connect with local pastors and ministry leaders,” says Mingo. “The best part was visiting with the people I did ministry with seasons ago, and seeing them thrive in their own contexts.” 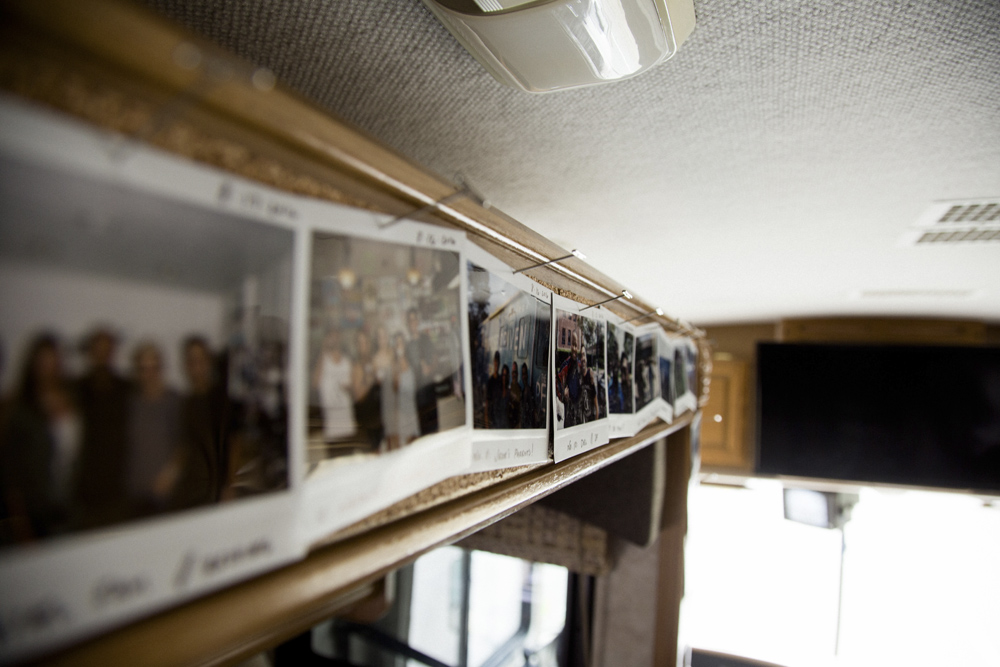 As Mingo looked back on the total 5,000 miles covered on the PDC road trip, he was reminded that milestones sometimes come in the presence of none. “Pioneering will often have lone miles,” he says. “On those stretches, we have to be aware of our surroundings, and realize that the destination is out there, even if it’s far beyond the limits of our existing frame.”

From Utah on to Albuquerque, New Mexico, Mingo met with several pastors including Dave Bruskas, Former Executive Elder at Mars Hill and current Senior Pastor at North Church. A key takeaway for Mingo was Pastor Dave’s insight on the biblical mandate for the Gospel; that the local church be about the distribution of its members, leaders, and pastors, rather than consolidation under one brand, church or ministry.

According to Jesse and Mingo, the first leg of the PDC Tour was a total success—a perfect balance of connecting with pastors in a road trip setting. “We listened,” says Jesse. “And along the way we saw churches express a genuine love for every person in their city. That’s a model of a healthy church.”

Although the duo is not sure when they’ll hit the road again, they plan to tackle the rest of the US, connecting with pastors who’ve extended invites from Ohio, Massachusetts, Florida, El Paso, and Mexico.

Learn more about their next PDC Tour circuit at pd.church/events. Read Part 1 of their adventure HERE, or follow them at #pdctour.

We want to partner with you to help your church make an even greater impact for the Kingdom!
Facebook-f Instagram Twitter
Prayer Request
PRIVACY POLICY
COPYRIGHT ©2021 PURPOSE DRIVEN.
ALL RIGHTS RESERVED.
Fix Search Form Script Scroll to Top